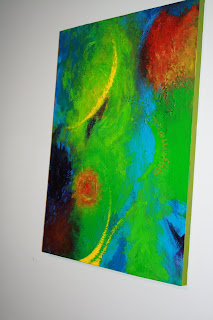 NOTE TO READERS: This piece is part two in a series. In Part One, Francheska Roque, who is now 18 years old, told the story of her first day of kindergarten -- that was the last day she ever saw her father. "Flip Your Script" is a new writing exercise designed to promote empathy, compassion and forgiveness. The exercise, which I developed last year for my class, "Reading and Writing the Happier Self," at the University at Albany, asks the writer to tell a story about a difficult personal relationship. The writer is then asked to consider telling the story from the point of view of the other person in the narrative. To read more about the exercise, visit the Happiness class blog.

Every man makes mistakes, but the one that I made cannot be fixed. How do I explain to my five-year-old daughter that I have another family? That I have a wife who is not her mother, that I have five other children that are her big brothers and sisters.

How do I face her knowing that all those nights that she’s stayed up late waiting for me I was with another woman? Everything has been a lie. My entire life for the past six years has been a lie. I don’t think I can live with the guilt. I love my daughter, she’s my precious little one, I love her with all my heart but I can’t continue doing this to her.

I don’t want to smother her innocence with my sins. This was all that I could think of that evening after receiving a phone call that changed everything.

The day started like any other. I woke up earlier than everyone and got dressed, so I could to get a couple hours in at work. I am taxi driver so I can make a day’s work in a couple of hours and then just do whatever I want till it is time to turn in the car. I took about ten passengers, and then I got a phone call from home. I automatically knew something was off because around that time my daughter’s mother would be working and my daughter, Francheska, would be with her babysitter. So why was I getting this call in the middle of the day? From that point on I knew things were not going to be good.

I hesitated to pick up the phone and let it go straight to voicemail and exactly a minute later, I received a notification that I had one new voicemail. I was taking a passenger to their destination and decided to wait till I went on a food break to check it. The entire ride I was thinking, what could possibly be going on? Had Francheska been hurt? Did someone die? But never did I assume that my life of lies had been discovered.

Finally I listened to the voicemail and found out what was going on. “You fucking asshole, I know everything! All your lies are out in the open. You’re a pig. How dare you show up in this house like everything is fine? By tonight all your stuff better be out of this house, I don’t even want you to try and explain yourself. I know everything, everything about the other wife and children, I know it all Francisco!”

My daughter's mother’s screams were so loud that even when I held the phone away from my ear I could still clearly hear what she was saying. How did this happen? How did she find out? Had my wife called her?

I was scared; I didn’t know what to do. I felt as though I was doomed. 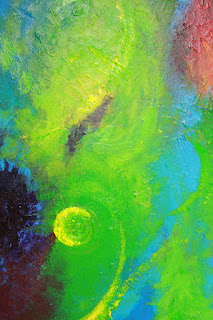 The rest of the day I drove around in a blur. All I could think of were more questions. For six years I had been living a double life and now it was finally catching up to me. I had no choice but to go and pick up my stuff. There was no reason to even try to prove a point now.

No one was going to forgive me for what I had done. The best thing I could do was just disappear. Stop the lies and the pain and simply go away. This seemed like the best solution, it seemed like the only solution.

As I put the key into the door, I thought to myself that this was probably going to be the last time I ever saw her. My guilt was just not going to let me see her again.

I walked into the house and up the stairs and as soon as I reached the top stair, I was getting things thrown at me. Remotes, shoes, even bottles, anything that my daughter’s mother could find to hit me. I felt as if I was in the matrix, dodging everything that came my way.

I didn’t even bother arguing. What was the point? She wasn’t going to listen to me anyway. In the midst of it all, this beautiful five-year-old girl ran to me. Her short black hair danced in the air with every step she took and her smile was so bright it could light up the entire house. For a second as she ran to me, everything froze. It was as if her innocence filled the house with bliss.

It’s amazing how your love for a child can work such magic. As she reached up to me, she gave me a huge hug.

“Daddy, where are you going?” She just stared up at me.

I didn’t know what to say, how could I answer? How could I tell her that I had betrayed her? That I wasn’t a good father? That I was leaving but not coming back? I couldn’t, so I simply lied: “I’ll be back soon.”

Her smile quickly turned into a frown that broke my heart. It was a as if she sensed that something was wrong. Once again I grew in confusion, and hesitated about what to do next. For an instant I even thought of taking her with me, but of course her mother would never let that happen.

I just wanted to end it all as soon as possible. I wanted to walk away and never turn back, just stop causing pain that’s all I wanted. In a rush to leave I told her to give me her blessing and she did. I gave her a kiss on her forehead and walked out the door.

Since then I’ve never been man enough to go back. It’s been thirteen years and I still remember that kiss. I have yet to see my little girl, my little girl who is now probably a young woman. At this point she probably hates me; I mean I would probably hate me too.

Wherever she is though I just want her to know that there’s still a place for her in my heart and she was never and will never be forgotten.

Francheska Roque is a freshman at the University at Albany, State University of New York. She intends to major in business.