My husband Richard usually writes political opeds. But this emerged from his morning meditation. 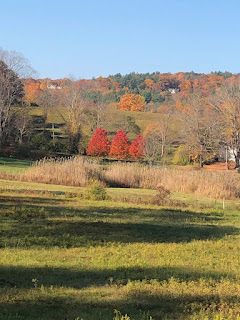 The red maples at the far edge of the meadow are the last to turn.

A poignant exclamation mark on the riot of red, orange and gold

That will very soon blow away into the

Greys, browns and whites of winter.

The only color the dazzling rainbows on the occasional new snow.

Oh – and the red cardinal that lingers north

And the burnt orange fox that emerges from her den.

Too long until the red buds can be seen

And the green ground surge of April. 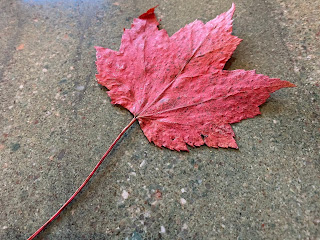