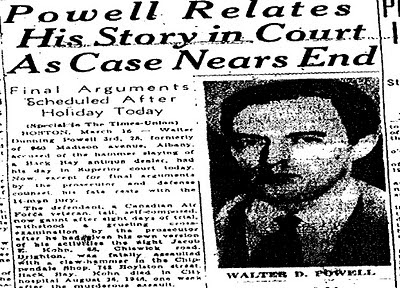 When I was in my twenties I learned that my father had moved out of the little house on the little street when I was three. This was temporary and it is not his absence that I remember as much as a nagging feeling that something was remiss about our lives during this period.

I have a whispery memory of him and my sister Lucy when he was leaving. We were in his room sitting on the bed. He was packing, this is all I remember. After all, I was only three.

My mother's brother - my Uncle Jim - showed me a picture of my mother and us kids during this time when my father was gone. My mother had a glazed look to her eyes as if she was a million miles away. But I honestly don't remember all that much about my mother's and father's relationship at this time, but what I do remember was the secret life that we, us three kids, shared in the absence of the grown-ups.  We would get up early in the mornings. There were no gates in the little house like parents use today, so the place was ours to explore if we got up before our mother. Which we often did.

On one of our unsupervised treasure hunts the three of us, Lucy 5, Leah who was 2 and I, three, found a cash of pills in a tall cabinet high up in the kitchen. It should have been out of our reach, but we were like monkeys and we scampered up the counters and found our way to the medicine stash. And of course these were days before they had childproof bottles. We opened the little amber vials and passed them around gobbling up the pills with childlike abandon.  No matter how old I get I will never forget the feeling of having my stomach pumped; the three of us kids on hospital beds like washed out kittens, and emesis basins filled with charcoal, vomit and bile.  I don't remember what the outcome of this was exactly, but we all survived so I would say that it was fairly good.

A person would think that this incident would have been the impetus for more supervision, but I don't think it was, because it was around then that I remember more of my extended family coming around to check on us on the Q tee.  I remember my father's aunt, Jean and her husband Bill driving by in their big Chrysler Newport one day. We kids waved and she waved back, her face a mask of smiles trying to cover what was abject horror. It was as if she never saw three little children playing on a roof before.


Joshua Powell is a writer who lives in the Albany, New York area. He is completing a memoir about his father, who in 1948 was convicted of murdering a Boston man; subsequently, the elder Powell fled and a cross-country police search ensued. Joshua Powell's blogsite captures the events; read the installment where Powell writes about the murder trial.
Posted by Claudia R at Tuesday, November 23, 2010