CHAPTER SIX of CASTENATA: "Boiling Over," Antonie Writes About Renata at Camp 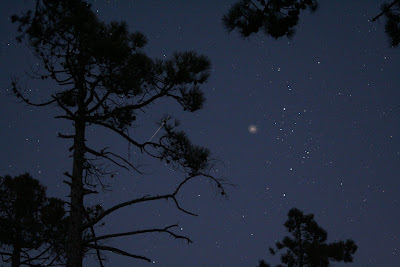 It was their first night at camp en route to San Francisco. They had been traveling for the better part of one day, all the way from the convent, and shortly before dusk, when the sun's rays had fallen behind the horizon, and the sky was a milky blue, Señora Ramos pulled the wagon up to a stream, where they proceeded to water the horses.

After a simple dinner of corn meal and beans, Renata withdrew from the fire.  She hugged the blue shawl closer around her shoulders, tucking her slender white fingertips protectively into the folds of her elbows on either side. The shawl was satin, and hardly offered protection against the chilly night. A brisk wind lifted the lip of her veil and scooped at the hem of her dress. A tall line of trees made a ragged black silhouette against the dark sky, and tiny stars dotted the sky like diamonds.

Renata's chin dropped to her chest, and she rocked, slightly, with some impatience. The toe of her black shoe was barely visible, but it kept time in the loose gravel where she stood, tapping out the rhythm of some vital internal clock. She avoided Antonie, even managed to ignore the odd collection of noises –wheezing, coughs, congestion, and steady chattering – that rose from him as he lay on blankets on the ground. She had taken her share of the dinner basket – a cold thigh of chicken, a hunk of sourdough bread, a sweet potato baked in the stones of the campfire – and she had eaten the meal on a warm rock, apart from the others.

She faced the steep ridge of the Santa Cruz mountains that they would climb through the following morning, and she watched the last of the sun slip down the western sky, and she wondered how the traveling would go, with Antonie so ill.

Once the sun dropped into a dark pool behind the mountains, though, 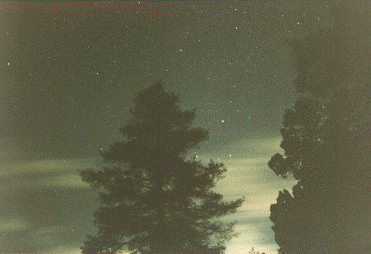 she put aside her concerns and walked back to the fire. There were more night noises now, and there was no telling what creatures – bobcats, jaguar, bear — roamed the gathering shadows beyond the campfire.

Señora hummed a low wordless melody, huddled over her open-toed leather sandals, her white cotton skirt spread in the powdery dust. Renata listened closely to the tune, but could not identify it nor could she say even whether she had heard it before. She wished then that when Antonie had come to take her from the convent kitchen in the morning, that she had been able to bring her guitar, although under the harried circumstances of her departure, there was no time even to pack a simple change of clothes. She stared at him, and hateful thoughts flooded her.

As if he were reading her mind at that moment, Antonie looked up from his makeshift bed, which Señora had prepared as soon as they had made camp. Antonie had instructed Señora to place his head close toward the fire, so if he woke during the night he might have sufficient light to write "his pages." Señora defied him, however, saying in Spanish that she dare not place his blanket right next to the flames, lest stray sparks set fire to the bedroll or to "el pelo," the long black hair that rippled in waves over Antonie's shoulders.

“I would like it so much if you would sing to me,” he said now to Renata. He lifted one hand in her direction, and spoke slowly but with deliberation. Renata saw that he was shivering, and that his face was wet beneath the brim of his hat. The jumping flames of the fire 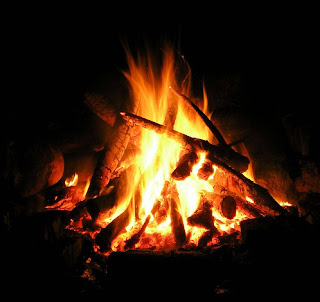 licked golden stripes in both his eyes.

“You know I came on this trip only because you forced me to come. I have no intention of singing to you,” Renata responded, lowering her eyes so that the flames could find no reflection there. She was going to add the word ‘ever’ but just then, the coffeepot toppled over and sent boiling liquid into the fire.

Señora rose abruptly, yelling out “Dios mío!” Grabbing at the fiery pot with the bottom of her cotton skirt, Señora managed to lift her dress high enough to show off her brown wiggling thighs. She missed the pot, which hit the ground, discharging sizzling liquid all around. Hot black coffee shot out at Renata’s feet and Antonie’s head. Simultaneously, Antonie turned and the nun jumped away, so that the coffee all but missed her dark skirt and her blue shawl 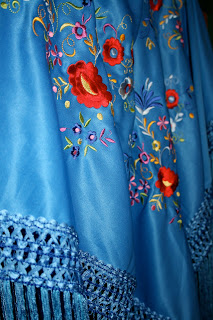 and his black hair. Señora crossed the distance to where Renata stood gazing at the coffee pot as it roasted in the flames. 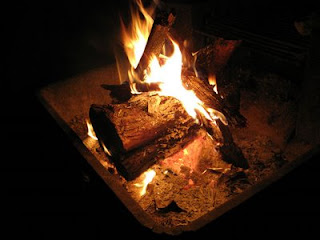 “No, no, Señora, please, don’t worry, I am fine,” Renata said, calmly touching the woman’s thick graying hair. Señora looked up, and shook her head, her eyes large and round. There was contained in those eyes a pleading look that Renata had never seen before.

“You...we...God, I believe, He is telling us that we must be more kind to him,” Señora whispered, at which Renata recoiled, mouth open. She tossed one loose end of the blue shawl across her chest and hurried out of the light of the campfire. For the rest of the evening, until the sky went pitch dark, and the fire settled into glowing red and white coals, and the stars were dull sparks glittering above her head, Renata sat on the same large rock where she had eaten her dinner.

She listened to the coyotes call, and she prayed that she would see no wolves or bobcats. And then she whispered a second prayer asking God that whatever He had in mind for her as they traveled to San Francisco the next day to see the doctor, that all would be well.

“Chapter Six” is taken from Castenata, an on-line book project that is part of the Albany Times Union's Writing In Motion project. The project features seven writers committed to completing writing projects by the end of the year. Castenata is a time-travel murder mystery featuring a nun, Sister Renata, who in 1883 was falsely accused of murdering her cousin Antonie. Renata's version of the story is contained within her diaries on the Castenata site. A companion book, called Sister Mysteries tells the story of how Castenata came to be, and the mysterious phenomena tied up with the nun story.