Don't Tax the Rich, Take it From Poor People!! 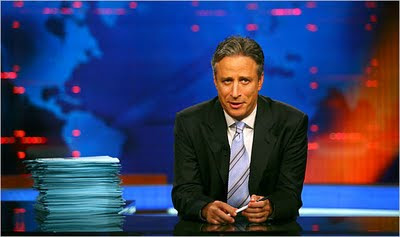 There's only one way to solve the nation's budget deficit.

Take all the money from the nation's poor people!

If you haven't seen comedian Jon Stewart's segment on taxing the poor, in order to close the budget deficit, it is absolutely worth your time.

It's hilarious and right on the money, the poor people's money!

Instead of taxing the rich, Stewart says he has a better idea: we should just take half of all the money that poor people have.

"The government could raise $700 billion by either taking half of everything earned by the bottom 50% or by raising the marginal tax rate on the top two percent," according to the Daily Show's promo.

"WE NEED TO TAKE ALL OF WHAT THE BOTTOM 50 PERCENT HAVE," Stewart says. "It's the only way to make a significant dent."

Don't worry about the poor, Stewart says. Poor people are defined as a family of four making $22,350. Quoting Fox News, Stewart says 99 % of the poor have refrigerators.

As Stewart tells his audience, the "free ride for the poor" is over.

Thank you, Jon Stewart, for making us laugh at a time when we might otherwise cry.