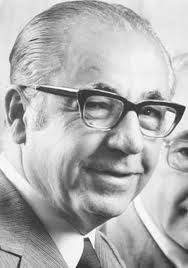 Note to readers: In part eight of "The Journey We Take Together," writer Susan Prisant continues the story of her life with her husband, Sandy, whose early career in advertising and PR included working for California-based Ernest Gallo, a giant in the wine-making business! To find earlier episodes in "The Journey We Take Together," go to the Search function on MyStory and type in Susan's name.

We returned to America on the SS France and settled down near the family in a historic Long Island village, Roslyn. This was an idyllic place where homes were still preserved from the 1600’s. Settled on a hill with a very large duck pond and winding paths through a park at the center.

I’d always wanted to live there. Now we were going to. We’d found one of the historic trust homes alongside the park and moved in immediately.

Sandy had worked in advertising after journalism and now he wanted to open his own “shop” with a colleague. They did very well. A few years passed and all was going as we hoped. Just before we were leaving on a skiing holiday out West with Joe (Sandy's father), Sandy got a phone call out of the blue. Ernest Gallo of the Ernest & Julio Gallo Winery wanted to see him. Sandy, naturally flattered, was not interested. But Joe said: “No. Go. You’ll only be two hours away from Heavenly Valley and you’ll be back at the lodge for dinner.”

So we left Heavenly Valley one morning. Sandy was only thinking of the skiing that he would be missing with his father. We drove through Eastern California and arrived in a town called Modesto. It didn’t look much better than an abandoned mining town. My God, was it ugly. We went straight to the winery— a Hollywood castle rising up a very green hillside, with peacocks strolling together, showing their turquoise and midnight blue plumage.

Inside, the foyer was an atrium full of nature. Trees that were grown in the tropics, lots of ponds with Japanese fish, like Koi. They were so large they looked make-believe.

Sandy was whisked away to meet Mr. Gallo. I was left sitting there. After a few hours I was ready to pull out my hair. Finally, Sandy returned with his ushers. They said to us: “We’ve arranged a hotel for you and your wife; please return tomorrow at 9 a.m."

We arrived at the hotel, slightly numb. What was happening to our vacation? The hotel was kind of like a Holiday Inn Express. We gather it was the best lodging at the time in Modesto.

The next morning someone from the winery called to say that a lady would be coming to take me to lunch. “OK”, I thought, “I’ll kill an hour.”

But after lunch, instead of driving back to the hotel, the lady began driving me around town, pointing at houses and saying,

“What do you think of that one?”

Bewildered but from New York, I said, “I have no intentions of living here.” A typical real estate agent, she kept on going. Finally she drove up to a mini-mansion when I showed some sign of interest. The deal was closed for her. But not for me.

It was all orchestrated. The company was putting out feelers that morning to Sandy. We drove back to Heavenly Valley and sat down with Joe to discuss what could be a once-in-a-lifetime possibility . Besides its weight in gold, Sandy would be working for one of America’s self-made billionaires.

When we got back to New York, the phone calls from Modesto started. Gallo was on the hunt. Within a few weeks, Sandy had an offer he couldn’t refuse. We were leaving the family again. This time it seemed harder. Gallo flew us to Modesto first class, with our pet rabbit Cedric in a paper bag and two cats by our feet. We moved into our mini-mansion, but one day later, Ernest sent Sandy on a business trip for two weeks. Boy, was I alone.

The phone rang. “Hi, I’m Rich. I work for the winery. My wife and I will pick you up and bring you to our house.” And that’s the way it began.

We soon understood that Ernest was cherry picking a few MBA’s and marketing gurus from across America. They came with their wives and girlfriends and we quickly formed a clique--big city boys suddenly down on the farm

We were really close. Most evenings were spent together, playing tennis and barbecuing. These guys became some of the best friends of our lives.

There was a catch to this seeming paradise: people didn’t leave Gallo of their own free will; they were pushed. And it could happen any time. The first few years were memorable for the work and friendship. But by the third year, some fell out of favor with Ernest and our circle began to dwindle.

Ernest taught us about an approach to life and work that was based on utter commitment. Unnatural commitment and focus on what he considered important. One day we met in the hall, Sandy was wearing a suit with an expensive tie. He’d begun talking to Ernest about advice for a trip to Latin America. Ernest’s eyes brightened. He grabbed hold of his tie, held it straight out and said, “See this tie?” I got a half-dozen of these in the airport in Costa Rica. Only 50¢ each and look how strong they are.”

He urged Sandy to yank on it. “Feel the strength,” he said. What could Sandy say? Here was the owner of the second-largest privately held corporation in America with a 50¢ cravat, prized for its tensile strength, while the foolish subordinate was standing there with a $25 all-silk version.

That was Ernest Gallo. His perspective on everyday things was simply different from most people. He was able to look at every problem, every opportunity, a little differently.

There are very few of these men. If you ever meet one, you’ll know it. The impact of this entrepreneurial giant, on our lives and our career, spanned decades.
Posted by Claudia R at Friday, September 23, 2011