A Sister, Remembering Her Little Brother 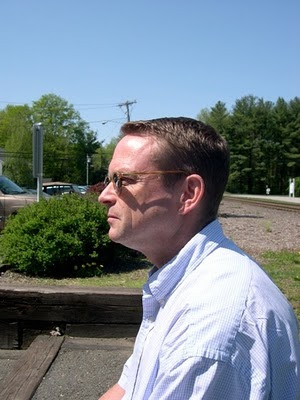 I’ve heard it said that the relationship between siblings is the closest one – at least in terms of genetics. Same parents contributing to the mix that finally turns out to be a child.

And yet, no matter how close two people are in the genetic code – they still need to be discovered, and rediscovered - and always remain part mystery.

What I know about Lon is my memories of him:

The surprise new baby in the house with two grown (or almost grown) children.

The inventor of words that became part of our family’s secret vocabulary. Things like “lily” for typewriter, “keenie” for pencil, “hooie” for coffee.

The annoying little brother who’s first question to my dates would be :”Do you have a vacuum cleaner?” If the answer was “Yes”, this allowed him the next question: “What kind is it?”

I remember the day I got married, September 17, 1966, Lon was just five. The house was in turmoil with bridesmaids, and photographers, and hair and makeup. Where was Lon? Sitting on his bed reading a book, looking like an angel in his little Eton suit. Mom was giving him the old “hurry up” and he wasn’t having any of it. Never lifting his eyes from the page he dismissed her saying:” I’ve GOT to finish this!”

That was Lon - always a different drummer.

There were longer periods without Lon around as I got involved with work, and a home and new husband. Lon got older. And despite the 16-year difference in our ages, we got closer.

As he grew from a teenager to a college student there was a strong connection. We shared a love of music, arts, good food, bad jokes, cheesy grade-B movies and the puzzling questions of the world and life. There were many visits that found us to be the last two people awake in the house, well past midnight, talking about things deep and dark and inscrutable.

I remember, too, noticing that at the same time we were strengthening our connection, there was something hidden and troubling inside him. The pull of closeness was matched by another pull, moving him further away. Was it sadness? was it distress? - I had no words for it – just that unsettled feeling.

Lon lived with me for a couple of years while he was finishing up at SUNY in Albany. We had some good times then, I even became his official barber, trimming his hair in the backyard. My boys loved him.

I watched him start his life as a husband and father. He took amazing pictures of his children – 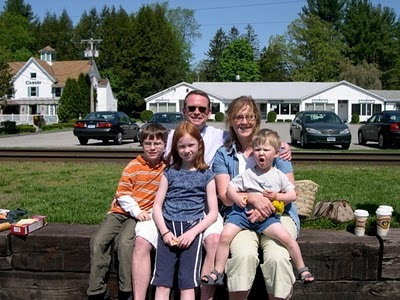 ones that could only be taken with the eye of someone who loved them truly and never stopped viewing their lives as a miracle.

There was an outstanding family cruise – probably one of Mom’s last major trips before her health failed. Dad thought it was important that we all get together to share the adventure – and he was right. We laughed – a lot.

But the darkness kept coming back for Lon. It was as if there was a gulf between us, one that got wider and wider until I couldn’t reach across it any more.

It’s really hard for me to say “goodbye” to Lon. It seems like just the other day he was a little boy, a college student, and a young father. But I have to remember that everything has a beginning – a middle – and an end. Our lives are no exception.

I hope that Lon has found peace now. I’m grateful that he was my brother, and will try to keep alive in my memory all the best parts. But what I hold most dear is the gift of Suzanne and their wondrous children in my life.

I promise to do my best to keep them close, and to be a sturdy support on which they can always depend.

Writer Judith England, a massage therapist and certified yoga instructor, writes the Holistic Health blog for the Albany Times Union. Her brother, Lon C. England, passed away this past summer.

Thank you for posting this Claudia. It seems right to share these memories in MyStoryLives. Loss is a part of all our lives, and putting it into words helps to connect us. Peace.