"Silverlands: Growing Up at the Actors' Orphanage" 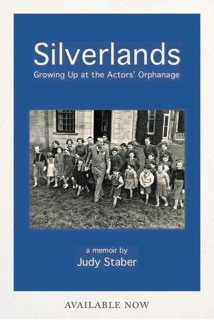 By Judy Staber
Prologue
December 1946
Imagine being just shy of four years old and left on the doorstep of a house bigger than any you had ever seen before: a giant’s house! an ogre’s castle!
My earliest memory of Silverlands, the Actors’ Orphanage, is arriving in a black taxi from Chertsey Station in Surrey with my sister Susannah, then aged seven, and being handed over to a forbidding man called Commander Aggitter on that doorstep by our actress mother, Joan White. I can recall no tears shed, no hugs or kisses goodbye, just the feeling of being dwarfed by the huge front entryway, 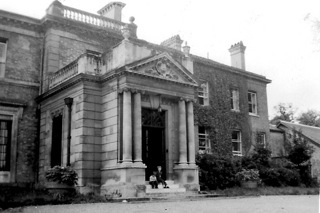 the high ceilings and the very large people. Perhaps there’s a remembered whiff of Je Reviens perfume as our mother walked down the six stone steps and into the waiting taxi without a backward glance. We watched it disappear down the oh-so-long driveway. An older boy was summoned to take our small belongings upstairs to one of the rooms on the first floor.
I suppose later that day we were introduced to the matron and to Mrs. Aggitter, and eventually, probably at the next meal, to the other children. But I don’t remember that. I don’t remember the time of day, or what the weather was (grey, I expect); I just remember the big-ness of it all.
It was very near the end of 1946, just days before my fourth birthday, when Susannah and I went to live at Silverlands on Holloway Hill, just outside the town of Chertsey. I was to remain there for all my childhood. I flew to America at the age of sixteen and a half, out from under the Orphanage’s care at last, never to return.
~~~~~~
December 1994
My husband John and I have crossed the Atlantic to visit my mother and to celebrate her eighty-fifth birthday with her and my sister. My mother, after sixty-five years in the theatre, had recently moved into Denville Hall, a retirement home for elderly thespians just north of London, run by The Actors’ Charitable Trust.
We were met at Heathrow Airport in the early hours of a grey Tuesday morning by a former actor turned car-for-hire driver, an acquaintance of Mother’s, who drove us at a rather alarming speed through the house-packed suburbs of London. He talked non-stop in his flat London accent and, after an interminable time and the passing of several recognisable landmarks more than once, I, who was not a stranger to the far western reaches of the city, came to the conclusion that he was deliberately taking us the long way round to Northwood. This was probably on Mother’s instructions so that we wouldn’t arrive too early and inconvenience her. We were to stop at Denville Hall for a night before taking Mother on to Spain and my sister’s village of Bedar. There, two days later, her eighty-fifth birthday would be celebrated with plenty of liquid libation, with her as the centre of attention.
The car finally turned on to the circular driveway of a charming old house surrounded by spacious lawns. Our driver pulled up to the front door, got out and pushed the front door bell. We staggered after him, exhausted by our flight, the early morning ride through London’s drearier suburbs and his endless nattering. The door was opened and, as we crossed the threshold, my early life flashed before me.
Mother bustled forward to greet us with a loud “Here you are, darlings,” and as I kissed her cheek I noticed, over her plump shoulder, three large, framed publicity photographs lined up on an ornately inlaid credenza in the front hall.
There they were, the three doges of my childhood: Sir Noël Coward, Lord Olivier and, as he has now been dubbed, the Baron of Richmond Hill – but, as he always will be to me, just plain Richard Attenborough.
“Well, of course,” I said to myself. 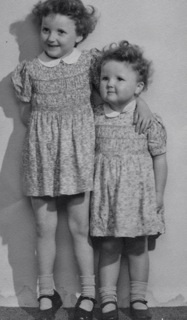