And the Oscar Goes to... 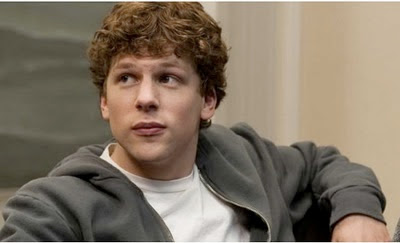 "The Social Network" may or may not win the Oscar for Best Picture out in Hollywood tonight. But marketing expert Sean Smith suggests that no matter what happens with the movie, the story of the Facebook phenomenon told in the film is worthy of an award -- one for absolutely brilliant marketing.

The 83rd Academy Awards are tonight, and "The Social Network," with eight nominations, including one for Best Picture, is among the top contenders. Interestingly, what makes "The Social Network" a strong contender is less the quality of its acting or directing than the fact that it is one of greatest rags-to-riches story ever told. Forget the over-hyped controversy about whether Mark Zuckerberg stole the idea for Facebook. This film actually shows how Facebook went from being just an idea to a viral marketing phenomenon that convinced 500 million people to change their online behavior. Forever.

So how did a couple of college students, with almost no resources, marketing budget or staff launch and build the most successful social networking Web site ever? And more importantly, what viral marketing lessons can we learn from watching The Social Network?

One of the aspects of "The Social Network" is that it actually demonstrates some of the critical marketing decisions that Mark Zuckerberg and Eduardo Saverin, the co-founders of Facebook, made during the launch and start-up period of Facebook.

Both the movie and the book on which it is based, Ben Mezrich's The Accidental Billionaires, make clear that Zuckerberg and Saverin had more than an intuitive understanding of some time-tested marketing principles, strategies and tactics. What the movie and the book both show is that even some of their seemingly minor decisions, proved to have a profound effect on the success of their product.

The money shot comes about a third of the way into the movie -- the cold February night in 2004 when they launched what was then called thefacebook.com from Zuckerberg's Harvard dorm room. Objectively, it may seem laughable that a couple of college students huddled over a laptop while discussing email lists changed history, but that's exactly what happened.

After some discussion, Zuckerberg and Saverin agreed to send the initial email to just two lists: Zuckerberg's dorm list and a list of the members of the Phoenix, a prominent Harvard social club to which Saverin belonged. This scene in the movie shows what the book states:

If Mark had simply tried to send it out to his own e-mail list, it would bounce around the computer science department. And the Jewish fraternity of course. Certainly it wouldn't get many -- if any -- girls. And that would be a problem.
As the book further points out, they decided this:

"The Phoenix [email list] was a much better idea. That -- along with Kirkland House e-mail list, which Mark had legal access to, as a member of the house -- would get this thing started right."

And get this thing started right it did -- that email changed history. According to the book, in the first four days following the launch of thefacebook.com, "Most of the Harvard Campus had signed up. By the second week there had been nearly 5,000 members."

Zuckerberg knew he needed that Phoenix list -- without it all he had was just another idea in search of an audience, and
They didn't bother trying to get every email address at Harvard; they knew they didn't need to. Somehow they understood that it was better to reach the trendsetters or influencers. The rest would follow.
Shortly thereafter they opened Facebook up to some other schools, but only a few. According to the book, inside of two months, "it was estimated that there were close to nearly 50,000 members. Stanford, Columbia, Yale -- ". It is not clear to what extent the decision to roll out Facebook first at Harvard, then to the other Ivies (before opening it up other schools), was motivated by resource constraints, caution or a well thought out marketing strategy.

What is clear is that they executed a near-perfect "D-Day Strategy," a marketing strategy described by Dr. Geoffrey Moore in his seminal technology marketing book Crossing the Chasm: Marketing and Selling High-Tech Products to Mainstream Customers. In short, Dr. Moore's book advocates a highly focused market penetration strategy, based on the Normandy invasion. It begins with a single point of entry (the beachhead) and then fans out like a "bowling alley," acquiring one group of customers at a time, using each group as a base for marketing to the next group. Dr. Moore, asked this week for comment on "The Social Network," said he hadn't seen it. However he did have this to say: "I can see how Harvard could have been a beachhead and the Ivy League a bowling alley."

So back to the movie. What's thrilling to watch is how this brilliant strategy plays out throughout the rest of the film. By concentrating all of their limited resources on first securing the beachhead (Harvard) and then slowly expanding to other Ivy League schools, Zuckerberg and Saverin were able to quickly capture practically all of the university market, almost effortlessly. What is even more amazing is that within one year of the launch, they had already passed the million-user mark. And it all started with one email.

Sean Smith is Director of Marketing for InfoDesk, Winner: 2011 CODiE Award for "Best Business Information Resource." He lives in Washington, D.C. This piece appeared first at the Huff Post.
Posted by Claudia R at Saturday, February 26, 2011