Does Writing Make Us Healthier?

NOTE TO READERS: Anyone who is hooked on journaling will tell you that they feel almost a physical relief after writing. The act of expression releases pent-up energy and when the writing is done, the body feels more relaxed. In his ground-breaking book,"Opening Up," psychologist James Pennebaker explores the medical benefits associated with journaling, or what he calls "confession." He first began his research after studying lie-detector tests. It turns out that after a person takes the test, muscles relax, heart and respiratory rates improve. In other words, confessing our secrets is good for the body. Pennebaker went on to do multiple studies of college students and other groups, and measured marked improvements in health as a result of sharing our innermost secrets.
In the Happiness class this semester, we are reading Pennebaker and discussing the merits of his research. One student, Carrie Holmes, who is now a senior in college, reacted to Pennebaker's book by telling the story of her freshman year, and how journal-writing helped save her sanity after a horrifying incident occurred. 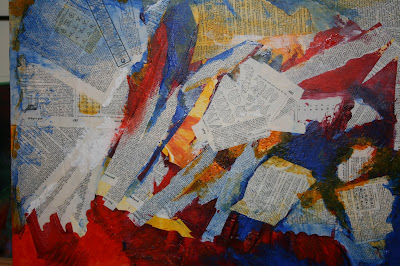 Yes, Its true, Now a days there are so many ways to make healthier and Writing is one of the good example, Thanks for shearing this wonderful information here.