It's Catching On !! -- "Seeing Red" Sparks Another On-Line Serialized Novel! 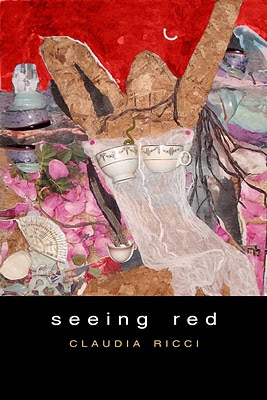 By Claudia Ricci
NOTE: This piece appears today, Sunday, March 6, 2011, on the Huff Post.
It has been exactly four weeks since I began serializing my novel, Seeing Red, on the Huff Post. Reader reaction to the book has been very good.
In the last week, a couple of newspapers have featured articles on this digital publishing experiment.
Interviewing me for one of those articles, Amanda Korman of The Berkshire Eagle,
in Pittsfield, Massachusetts, posed a question that got me thinking.
“How will you know if it is successful?” she asked.
I thought for a moment and then I told her that the logical answer would be that readership of the novel would be gigantic and that I'd sell a million copies of the book.
"But honestly," I went on, "I think the real sign of success would be that on-line reading of fiction would really start to catch on and that the Huff Post would decide to include a FICTION section in the blog, where other writers would post short stories or serialize their novels."
I went on to say that I thought it would be wonderful if other writers were doing just what I am doing on the Huff Post, because it would help to normalize the idea of reading novels on-line. People would begin to look on-line as a new way of enjoying fiction.
We are in a revolution. A publishing revolution. Books in print are dying. Ebooks are flourishing. Writers are experimenting with books by cell phone.
The point is, I regard this serialization as an experiment. And I was hoping someone would come along and say, “Hey, I’d like to serialize my novel too.” After all, there is strength in numbers.
Well, so, meet Lynn Biederstadt, a Missouri-based novelist whose first two novels were published in four languages, under the imprint of Richard Marek. The Eye of the Mind, her first book published by Putnam, was about psychics who could predict natural disasters. Her second book, Sleep, A Horror Story, was published by St. Martin’s Press.
Now, Lynn has written a new novel called The Spiritkeeper, 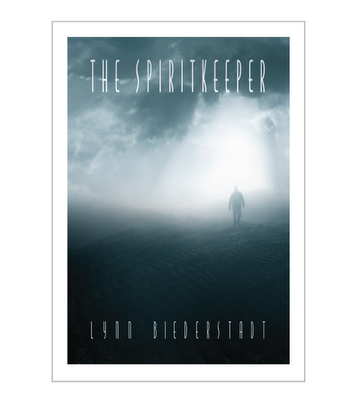 I don't quite understand this experiment of serializing a novel online. If I can read it online for free, why would I buy the book?

Hello and thank you for writing. You ask a good question. Serialization is a way to bring a book to people's attention. You might decide just to read on-line, for free, but you might also decide to buy the physical book, so that you can read it in the bathtub, or just read it at your own pace. Also, if people really started flocking to a website for a particular book (i.e. if an author became very popular on-line) then the website could theoretically at least pay the author for the rights to the book (and collect revenue through ads.) The other possibility is that we may decide to serialize the first ten chapters, or 20, and then tell people that if they want to keep reading they have to buy the book either electronically or in print form. I am considering that as a possibility for my novel on the Huff Post and for The Spiritkeeper here on MyStoryLives. THANKS FOR WRITING!!