On the Friday morning before Memorial Day, Leah has her study door open. She sees a bird the color of a ripe blueberry dance across the meadow and go sweeping up, headed for a tree. She has never actually seen a bluebird in the yard before. What a miracle this glorious bird is. 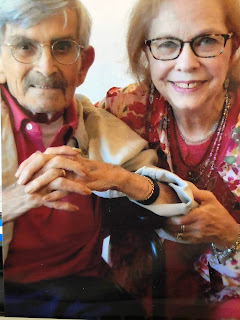 Almost exactly at the moment the bluebird appeared, and Leah started writing this story, Leah’s dear friend David C. King, 86, passed away in a nursing home in Great Barrington, MA. David was an amazing man, the award-winning author of more than 80 books, and one of the sweetest and kindest human beings ever to walk this earth. He lived for many years with the crippling aftereffects of polio, which he contracted after diving into an infected lake after playing a sweaty baseball game during high school. David suffered terrible pain year after year because of the polio, and used crutches and walkers and wheelchairs to get around. But he never let on to friends that he was in pain and he never let his disability get in the way of his life. With the help of his incredibly loving and energetic wife, Sharon Flitterman-King, David lived a full and robust life, traveling and enjoying all kinds of outings throughout the years.
Among his many many books is a stunning hardcover called First People: An Illustrated History of American Indians. Published in 2008, the book offers a magnificent story of many of the tribes of North America. Every page is a treasure chest full of fascinating information and glorious photos. 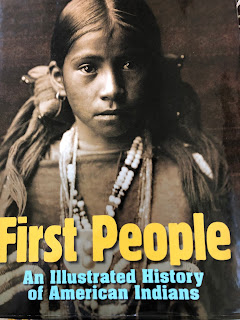 Leah recalls the week she got her brand new puppy, Poco, in February of 2014. David and Sharon came for coffee and little Poco – so tiny at the time -- fit in David’s cupped hands. Poco always made David so incredibly happy. Even towards the end of his life, when his suffering worsened, David would smile and be cheerful whenever Poco appeared! 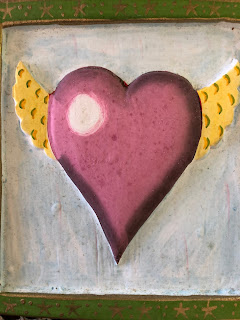 Leah's husband was so sad to learn of David's passing. He wrote to Sharon saying: "He was such a wonderful guy, a miracle of smiles despite a life of pain. And you were so much the love of his life!. Now that he's out of pain, let's celebrate all the joy he brought us!"

David will be sorely missed by so many people. But Leah keeps reminding herself that he has passed on to an infinitely more powerful realm. He is at peace, and he will be remembered as a consummately peaceful man.
Just moments before Sharon notified Leah of David's passing, Leah purchased a wooden bluebird house, and a six foot pole. She will always think about David when she sees magnificent bluebirds take up residence in the meadow!
We love you so much David, and we are cheering for you, and we will always remember you for the incredible gentleman you were!