How Literature Can Save Our Lives 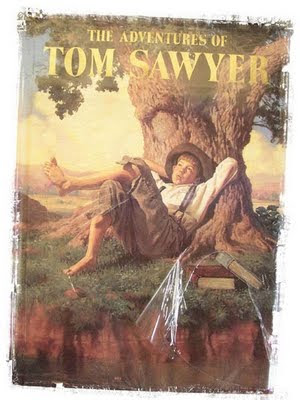 I never really read literature until my junior year in college. Before that, the only literature I read was for school, and for those readings I was a mere skimmer; I rarely if ever read a book cover to cover. My writing skills were minimal and my reading comprehension was abysmal.

I killed my best friend. People told me it wasn’t my fault, but it was. It was a car accident that could have been avoided in several ways if I had not been a fuck-head. I was the one driving, after drinking beers and rum; he rode in the passenger seat. T I remember speeding into a sharp turn at 70 miles an hour, the tires screeching, then a loud bang and flying in the air for a while and then slamming into a tree feeling the crunch of my pelvis as it shattered. But I lived, he didn’t.

Those two years, between the accident and the jail time, I was indifferent to life or death. The guilt hung over me at every waking hour and it haunted me every night in my dreams. I frequently prayed at night, for the first time in my life, that if there was a God that He would make some sort of trade and change who had died.

I ran in every way I could. I drank obscene amounts of Wild Turkey bourbon. If I could get drunk enough, I could forget maybe for just one moment and feel okay. I did obscene amounts of hard drugs. I overdosed twice, narrowly escaping death, waking on the floor of my apartment surrounded by EMTs and a cop or two. I just kept on running.

For some reason, around a year after the crash I picked up a copy of Tom Sawyer and started to read it. It was another escape, just like the booze and drugs, except healthier—if I was focusing hard enough on what I was reading I would be somewhere else; my reality would become distant and almost fictional. But also I found myself asking as I faced situations and decisions, things like “what would Tom Sawyer do?” And then came other literature that did the same thing—it gave me new perspective on life and how to deal with living. I started reading more and more. I felt my mind getting stronger—my mind had been atrophied for years and reading literature was nursing it back to health.

Things got better and better and when the time finally came that they threw me in jail I was strong enough mentally to handle the abuse. While I was locked up I read constantly, excepting only the times when I slept or ate.

Fiction tells us, the reader, something about being human. It helps us understand ourselves and through this understanding, we are stronger and more able to deal with life.

David Cohen is a pseudonym for a University at Albany student who is graduating this weekend. This post is taken from his final paper for an English class this semester.
Posted by Claudia R at Wednesday, May 11, 2011

A powerful, deeply honest and important piece. Thank you for sharing this. It will help many.

I am blown away by the the raw honesty of "David's" writing, it goes deep and touches the raw/honest place in all of us. I am glad that literature has brought healing, and I hope the writing continues as I think others will find it just as healing to read, I know I did.