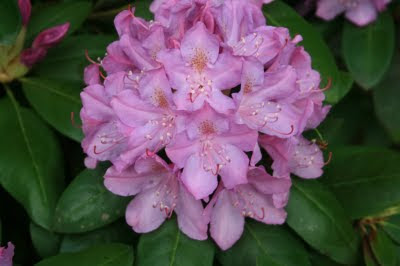 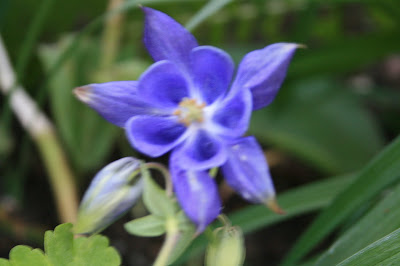 "It's all normal," they say, they being the doctors.

Is this what normal is like? No big deal—not like stroke symptoms or a cancer diagnosis—just a seemingly innocuous composite of symptoms, pseudo-smiling specialists, new pills, old tests.

Nobody’s saying anything dramatic, but in the back of your mind—even in the mind of a man who’s lived with this since FDR, for God’s sake, you can't help wondering:

Is this it? Am I on the conveyor belt that isn’t going anywhere good? Is this what it’s like? You just wear down, piece by piece by ultrasound?

And now I can only sit here in the dog park and watch my two sweet bitches run without me? While the wife of my life, who seems more heroic daily, hits tennis balls to the girls we call “the Schnauzer Sisters” for short. While I sit over here on a bench, on the sidelines. My new pacemaker is still bandaged. There are scabs across my chest from the sticky residue of monitoring leads applied over and over again in recent weeks (talk about duplication in the health system!); and my left arm remains grotesquely swollen after the pacemaker procedure. I’m wondering: am I starting to look like the disabled, the crippled, the halt and lame? Like the people we all furtively gawk at in the street? Am I starting to look like those people??

But the doctors remain as stone-faced as something out of a Pyramid. “It’s all normal,” they say.

Now they have me peeing into a bag strapped to my leg. “It’s just your prostate,”they say. “It’s temporary.” 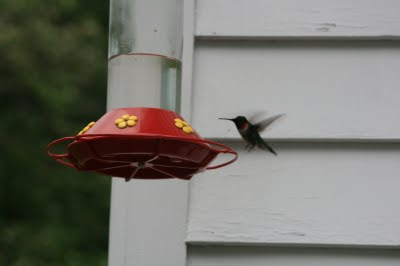 No emotion—inferring: nothing to worry about.

Meanwhile, my feet and lower legs are so swollen they could serve as the foundation for a two-story shopping mall. Or a 24-screen multiplex. As a good renal patient, one of the first lessons in life was to briefly check my feet for edema (fluid build-up) every morning. I’ve been doing it by rote for a lifetime. Never any edema. 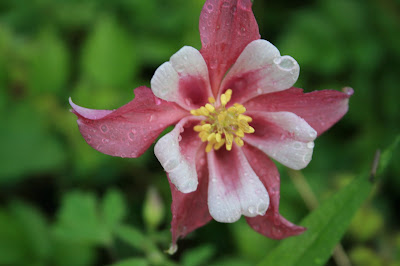 Now, I’m suddenly looking at The Feet That Ate The Bronx. So is this it? Or just another detour?

Sandy Prisant lives in Florida with his wife Susan. In March, he embarked on an incredible writing project, one that he suggested might be his last. Part One appeared March 13, 2011. Part Two appeared March 16, 2011, Part Three appeared on March 27th, Part Four on May 1st, Part Five on May 5th and Part Six on May 25th. Please keep writing Sandy, you are an incredible inspiration, reminding us that life is as fragile as flowers in a garden -- and it passes as quickly as a hummingbird's wings!
Posted by Claudia R at Tuesday, May 31, 2011

Sandy, I have been reading your story right along and have wanted to post each time, but I could never find the right words. I still don't know quite what to say, except that I appreciate that you are sharing your journey, so many of us suffer in silence. I am sending love and light out to you, your wife and the Schnauzer sisters on the sunny spring morning.

The doctors say “It’s all normal.” What do these words mean? My dictionary states that normal means “conforming with or constituting an accepted standard, model, or pattern; especially corresponding to the median or average of a large group in type, appearance, achievement, function, development, etc.; natural; standard; regular.” Well, suffering is normal for human beings. Chronic pain is normal for senior citizens. Violence is normal for the human race. And lack of empathy is normal for medical doctors. Medical school doesn’t teach compassion and empathy. In graduate school, we psychologists explored the idea of teaching MDs how to relate and communicate with their patients. Some primary care physicians relate well to their patients. Most do not, in my opinion. And surgeons have even more difficulty communicating with their patients and relating to them emotionally. Often, they have a highly developed sense of control and do not wish to express their emotions or understand the emotional chaos the patient experiences. One surgeon told me: “I don’t need to be compassionate. I need to perform well.”
A lot of things are normal but quite painful. The depression that may accompany life-threatening and chronic illnesses is normal but often devastating. Death is normal and inevitable for human beings. Yet most of us deny it, repress it, and keep our heads buried in the sand so we don’t have to face it.
Sandy, you and your wife are experiencing a lot of emotional pain. Once again, you trudge along a life-threatening landscape marked with uncertainty and despair. The doctors seem motivated to keep you alive and do whatever is necessary except revealing any deep emotions. Yes, the “doctors remain stone-faced” because they can’t deal with genuine feelings. That’s their problem. But remember, they’re damned good surgeons and you need the best.
Now, it’s time to tell you about Sam, my late brother-in-law and my sister Gloria. As a result of surgery on a pinched nerve gone awry, Sam’s kidneys were destroyed. Sam was a lawyer but he never mentioned suing the doctors who destroyed his kidneys. He talked about going on dialysis and the adjustments he and my sister had to make. As I recall, he was on dialysis for more than a decade. I can’t recall the exact number of years. Sam was strong emotionally and appeared stoic. He suffered heart failure and kidney failure and sometimes, even this tough man became depressed. His body was a wasteland of horrific bruises, grotesque discolorations and sometimes, I looked at him and I saw a Holocaust victim/survivor. He hadn’t been in the death camps. But he was emaciated and shriveled up and years of kidney dialysis had taken its toll.
Yet my sister didn’t see the ugly marks or a crippled leper. She saw the handsome and beautiful man she fell madly in love with and married. When love is deep and real, it sees only beauty. At his worst, Sam remained the perfect man, Gloria’s beloved husband.
Sam died a year after 9/11. He fought a great fight and had numerous surgeries. He had a strong will to live and powerful reasons to stay alive. In the end, his final operation was successful. But there were complications and he passed away. Yet love kept him going for many years. Love’s a beautiful reason for living.
Yes, Sandy, love’s a magnificent reason for living. And I believe you’re blessed with a cornucopia of love. You’re going through Hell and that’s the truth. But Heaven’s just a few feet away. Just look into your wife’s eyes.