When Heat Becomes a Teacher 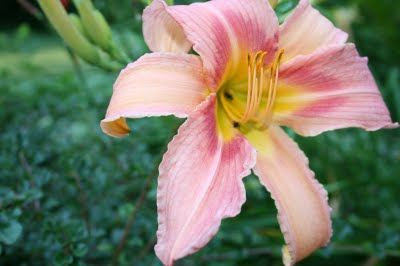 Each year, I go on retreat. I usually go for 10 days of silence and meditation. I really look forward to it and see it as an opportunity to re-align myself. Every year the retreat had been “good” for me. The time of year I most often go is late winter or early spring in northern Massachusetts so the weather is very much to my liking, cold or cool.

One year I could not go until July because of family obligations. It was a retreat for experienced practitioners. The first few days of a retreat for me are usually the hardest physically as I adjust to long periods of sitting meditation and the schedule. Each retreat, each participant offers to do a job at the retreat center which serves not only to keep their costs down but gives each of us an opportunity to engage in “work practice.”

Before this retreat, we could always choose our work assignment but on this retreat the teachers decided to give us another opportunity for practice by assigning us our job. I was assigned to the lunch time dish-washing crew of two people. Lunch is the big meal of the day and there are around 150 participants so this adds up to a lot of dishes. Also the dishwasher is a commercial one that really cranks up the water temperature and it is located in a small room. It is probably the most physically difficult job.

That year shortly after we arrived the temperatures began to soar. It was record heat. 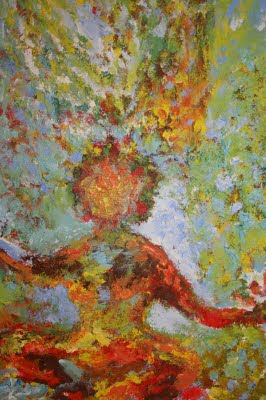 We are in silence throughout the retreat. So I had no one to complain to except myself. The proliferation of complaints and aversion began early and went on and on. In the meditation hall is was over 100 degrees. In our sleeping quarters there was no air conditioning and I had only a very small fan. It was oppressive. Each day when I washed the dishes I would turn bright red from the heat and then I could not get cool.

I became so sick of myself. No matter how hard I tried to stop the mental machine gun fire of misery I could not silence it. I was like a cartoon inside my own head screaming “shut up! shut up!”

If you are waiting for some profound revelation, it did not come. I waited too and added disappointment with myself to the misery. Wasn’t I above all this whining?

I have reflected on this retreat more than any other I have taken. It was in 1995. The opportunity to observe and sit with such strong aversion taught me something on a very deep level. The lesson lingers. Last fall I went on a retreat and we sat outside for meditation; it rained and sleeted, temperatures were in the thirties. Ice pellets hammered us relentlessly. I was there for a reason, to bear witness, and I was able to do it with grace. I bow in gratitude to the searing heat of 1995 that was my teacher.

Lenore Flynn, a registered nurse, has been teaching mindfulness since 1993. She has a Masters Degree in Complementary Therapies and completed an internship at the Stress Reduction and Relaxation Program at the University of Massachusetts Medical Center in 1994 under the direction of Dr. Jon Kabat-Zinn. Her mindfulness program in Albany is at www.solidgroundny.org. This post appeared first in the Times Union's Holistic Health blog.