Translation: "They tried to bury us, but they forgot we were seeds."

Richard was instrumental in helping to pass the Affordable Care Act, otherwise known as Obamacare. The program, which became law in 2010, now provides health insurance to approximately 20 million Americans who would otherwise not have insurance.

Trump has vowed to repeal the ACA. 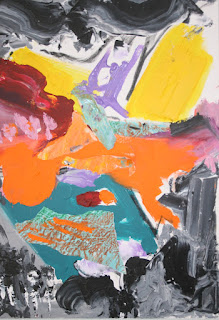 I wonder how many people covered by the ACA voted for Trump. Perhaps none.

I wonder how many of those who are insured face life or death illnesses, and how they will manage to get treatment without insurance.

I wonder if I might wake up tomorrow to find out this election outcome was some kind of nightmare.