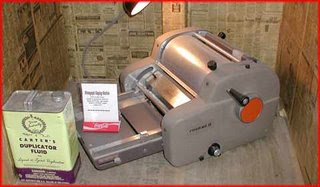 
I'm sure I am dreaming. There are telltale signs. I’m sitting at a sidewalk café. I’m not sure who the gray bearded, rumpled, bespeckled guy sitting with me is. That is a sign. The table is right on the street. People are placing small packages of Kleenex on its edge as they do in Buenos Aires and then collecting them, but this café seems to be in Brooklyn. Maybe Williamsburg. That is a sign. The waiter, who is smoking and ogling two young women across the street, is ignoring us even though our glasses have been empty for a while. My companion strums his fingers on the table top, makes a noise of impatience, excuses himself, walks up to the waiter, places his arm around his shoulder and walks him back to our table. The waiter is smiling, passive. That is a sign.

We order more red wine. I want an empanada. They don’t have that. Do I want to see the menu? I don’t. What do you have that is like an empanada? I ask. Insouciance, says my companion. Be nice, says the waiter. I can’t eat that, I say. How, I wonder, can there be no empanadas? I’ll bring your wine and the menu, the waiter says, as he escapes. I have the thought that he will never come back. My companion shakes his head wearily.

“As I was saying,” my companion continues, ”people just don’t share and participate in the big dreams now the way the used to. Yeah, they can quote from The Big Lebowski or Seinfeld or other artifacts of pop culture, but they don’t know the books. They don’t know the ideas, the concepts. The canon. The history. The foundation. And if they don’t know the foundation, how can they possibly share the dreams? Their dreams are untethered, confused, ill formed because they’re not properly educated to participate in these big dreams.” He stares across the street at passers by. “Their dreams are about things, not inspiration. Know what I mean?”

I have no idea what he’s talking about. I look at him. He really is a wild man. He needs a shave. His hair is mussed. His clothing is out of date. No, I don’t want a cigarette. He fires one up. “I don’t know,” I say softly. “Oh,” he raises an eyebrow. “Sure you do,” he whispers Silence.

I begin. “You mean we don’t share dreams and ideals because we’re not educated about them? We don't know the history?” I ask him. He nods. “Maybe we think about consumer goods instead of ideology because we’re trained to do that. Maybe people just care about themselves and their things because we’re in a deep trance, we’re totally drugged, we’re sound asleep.” He nods and pulls his beard a little. "Maybe we've lost our souls," I say.

“Listen,” he says. “There’s something I want to show you. It’s in the basement. It will remind you of what it was like before the trance.”

We walk through the café. The waiter passes us carrying our two glasses of wine. He has no menu. We walk to the back, and my companion opens the door to the basement stairway that says, “No Entrance,” in two languages.

He flips on a light, we descend a wooden stariway. In the middle of the room, under a clear plastic sheet, is a black and silver machine. He pulls the plastic off of it. He points at it.

“It’s a mimeograph machine. It’s like a printing press. Or a copy machine. It’s what we used to make copies of papers about fifty years ago. And this is a very special one. It ran all day and all night long putting out broadsides calling for the overthrow of the military government. And for solidarity with the workers. And in opposition to the police. It poured out inspiration, and news, and organization, and ideas, and of course, dreams.”

I put my nose up against the machine to see whether any of that distinctive alcohol smell from decades ago, the intoxicating smell that used to be on school test papers, remained. It was all gone.