How Do Fiction Writers Fool Readers?

The question of what's "true" and what's "fake" -- and how fiction writers make readers believe what they write -- is very much on my mind today. 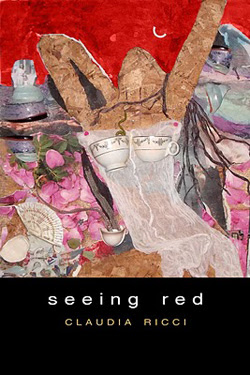 That's because a reader of my new novel wrote a few days ago to ask if I would answer a few questions about the book for her travel blog, The Mindful Tourist. One of her questions in particular started me thinking. Shadia Garrison, who loves to travel and is fascinated by foreign cultures, asked this question:

"To capture Spain the way you did, with the intricate descriptions of places and people, you must have traveled there multiple times. Can you tell us about those travels?"

I have indeed traveled to Spain several times, but the truth of the matter is that I wrote Seeing Red -- a story in which a character named Ronda Cari crisscrosses Andalucía in search of her guitarist lover -- using a Fodor's guide.

Here is how I answered the question:

"You know, Shadia, I am flattered that you find my descriptions so real. And I have traveled to Spain multiple times. But the truth of the matter is, I am trained as a reporter. That training, plus my imagination, helped me create the sense of reality that you feel in the book. The honest story behind the novel is this: I had been to Spain in 1998 visiting Sevilla and Granada. I did not get to Ronda on that trip. I actually wrote Ronda's journey consulting travel guides. AFTERWARD, Rich and I followed Ronda's trip in the book exactly and most everything I had written was absolutely on target. Fiction writers have a knack for creating reality that very much conforms to REALITY, even when they haven't experienced it themselves."

That last part is what got me thinking. It is indeed a mystery and a marvel that fiction writers can fool their readers into believing in what they write. And it isn't only geography that we novelists can "fake." When I wrote my first novel, Dreaming Maples, I had about 50 pages in which my young character, Candace, rode on a motorcycle behind her boyfriend, Mark. Candace was nine months pregnant, and indeed, she was about to deliver her baby (very exciting set of scenes.)

I wrote those first 50 motorcycle pages for a fiction workshop and later, presented them for review to an editor at a large publishing house in NYC. He praised the writing, and added: "I can tell two things are true about you: one, is that you've had a baby, and second, you've ridden a motorcycle."

I laughed. I'd had three babies. But I had never even sat on a motorcycle.

How is it that I convinced this reader -- and thousands of others -- that I had? How did I "know" what it felt like?

The answer is, I'm not sure. I just imagined it. I felt as though I was riding the motorcycle and wrote those sensations.

More complicated is the fact that I "imagined" what it was like for my character, Candace, to suffer intense post-partum depression after her baby was born. My sister Karen, who worked for a long time as a nurse in labor and delivery, read my book in hours.

She called me. "How did you know what it was like to suffer post-partum depression?" she said. I had never had a moment of blues after my three babies were born.

Again, I don't have any idea how I knew. I just imagined it. I also imagined my characters living in North Adams, Massachusetts. I imagine a bakery where Candace's boyfriend Mark worked. I imagined his apartment upstairs from the bakery. I imagined all kinds of things and wrote them and then, one day, I drove to North Adams to see how far from reality my writing was.

I was astonished to find that the descriptions felt real.

Some readers might be irked to find that they are reading novels by writers who in some cases "fake it" as they write. But then again, isn't that the point?

I read somewhere that a fiction writer can glance into a room and in a split second, absorb a "feeling" and a set of impressions that can then be transformed into a whole book.

A mystery, for sure. And a gift.

Read the entire Q and A at The Mindful Tourist.

This post appeared first at the Huff Post, where "Seeing Red" is serialized once weekly on Tuesdays. Previous installments can be read at http://www.seeingredhuffpost.blogspot.com.
Posted by Claudia R at Thursday, April 14, 2011