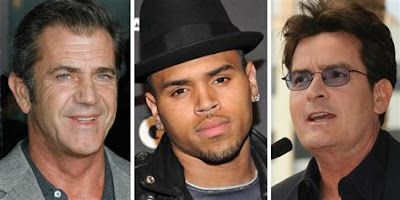 Regardless of how abominably they conduct themselves, they are still asked to appear or perform on national TV shows including Good Morning America, Jimmy Kimmel Live, and Saturday Night Live. If the law does not condemn these men harshly enough for their actions, we can’t expect the media to do that either.

I am a 24-year-old woman, and at one point, all three of these celebrities were my idea of what constitutes an attractive man. Now, plain and simply, I am thoroughly disgusted by them. If we all stop paying attention to their despicable behavior, their music and their public displays on the media, maybe then they will go away.

Lindsay Kirsch is a candidate for the Master of Public Health degree at Boston University, where she is concentrating in Maternal and Child Health. She is particularly interested in the problem of intimate partner violence.