YES, Blood IS Thicker Than Water!! 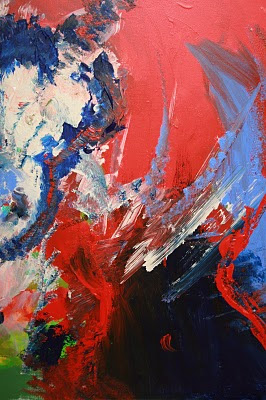 NOTE TO READERS: Jennifer Orellana, a junior at the University at Albany, SUNY, wrote the first part of her "Flip the Script" assignment on her father. In flipping the script, she wrote from her mother, Yolanda's, perspective.

“Ugh thank god I’m home.” Yolanda slipped out of her coat, tossed her boots across the room, and took in that sweet scent that soothed her as soon as she walked through the door, the smell of home. Her husband was in the kitchen cooking one of his many delicious dishes and cursing because he had almost messed up the meal.

“Que Mierda!” he exclaimed. She looked at this man she loved so much and started laughing. He was so funny and so predictable. He did this cooking, learning new dance steps, and of course as he was fixing things around the house.

She turned her attention to her daughter, Jennifer, who was sitting on the couch with her legs up talking intensely on the phone.

Yolanda couldn’t help but see herself in her daughter. She had long curly hair, long thin legs, and big bright brown eyes. She looked exactly like Yolanda did when she was that age. But the more she looked at her daughter the more she saw her ex in her too. She had his lips, his hands, and even the same bags around her eyes. Just the thought of him made Yolanda cringe. He was her horrible past, a past that she would never regret because through the pain and sadness was born the most amazing thing that had ever happened to her, her baby and her best friend Jennifer.

Yolanda looked at herself in the mirror and shook her head back and forth back and forth. Then she took a deep breath and stared at her reflection. She had long dirty blonde hair, big brown eyes, and beautiful plump lips that were being chewed on in her state of panic.

“Oh my god, Oh my god, Oh my god. What am I going to do?” she murmured to herself. What could she do? She was 22 years old, with a boyfriend she could hardly depend on. She looked down at the floor then back up at her reflection in the mirror again.

Then she asked herself, “Can I do this on my own?” She thought about this for a moment, raising a kid on her own and realized yes she could, and smiled. She reached down for the pregnancy test and instead of looking at the plus sign as this huge dilemma she stared at it now and saw it for its possibilities. She knew her life would never be the same, and as scary as it was she was willing to go through with it, for her unborn baby.

The look in her daughter’s eyes is what brought her back to reality. Something was wrong, something was really wrong.

“Who is she talking to?” She asked her husband.

“Oh I think she’s talking to her aunt from Virginia. I’m kind of worried, though, Jen looks like she’s on the verge of tears,” he replied.

Yolanda couldn’t take it anymore, she knew it had to be about Jen’s father, what else could it be?

“What has he done now?!” Yolanda exclaimed but was met with silence. Jen was really submerged into the conversation so

Yolanda and her husband Rob sat at the dining table waiting intently for the conversation to be over. A half hour passed and they had become restless.

“Jen! Hello what’s going on?” Yolanda yelled again, impatience filling up inside of her to its highest point. Jen finally got off the phone and Yolanda felt a miniscule amount of relief from within only to have it replaced two seconds later with more impatience.

“What did she say?” Rob asked intently. Then Jen sat there with her hands quivering and told them that her dad had remarried in Italy and had never even sent his own daughter an invitation. She also found out that her father’s new bride was pregnant.

Yolanda and Rob sat there stunned by the news. Yolanda thought to herself “who in their right mind would marry a lunatic like him and bare his child knowing that he has two other children that he never sees?” Rob on the other hand thought of the pain that Jen was going through and how he wished he could make it go away. He wished he could somehow relay this to his own daughter who never seemed to appreciate him as much as his step daughter had.

Yolanda put her arms around her daughter and held her close. Telling her that everything would be alright and not to let it get to her.

“Ma, he lives on New Dorp now,” Jen said in a monotone.

“What? He lives in Staten Island now?” Yolanda was taken aback. Could this be true?

“Yes,” Jen answered as tear after tear dripped down her face.

As she cradled her daughter she comforted her by saying, “Don’t worry baby he’s the one missing out on having a wonderful person like you in his life. It may not seem like it now but him not being in your life is the best thing he could have done for you.”
Posted by Claudia R at Sunday, April 03, 2011