How Can You Expect a Person Looking for a Job to HAVE a Job? 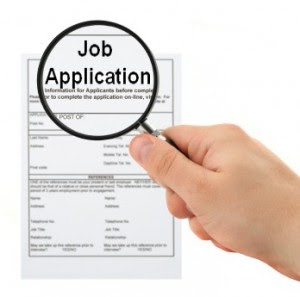 Beverly Bowne, who lives in the Bronx, worked for 28 years as a billing coordinator for a printing company in New York City. And then in 2009, she and a number of other employees at the company -- including her own supervisor -- were laid off.

Bowne's employer was hard hit by the recession. The company, like so many in the printing industry, is shriveling fast as internet communication replaces the need for printed materials.

For Bowne, the lay off was devastating. "I fell apart completely," she said. "You have to go through the grieving process." Bowne has spent the last two and a half years looking for work, sending out hundreds of resumes. Often, she gets the cold shoulder from prospective employers reacting to her grey hair and her age (she'll be 60 next month.)

Now, she's begun to see a new kind of snub -- job ads on Careerbuilder.com from companies saying that applicants must already be employed in order to apply for the job. Bowne calls the ads "outright discrimination," adding that these ads "remind me of the 'Irish need not apply' ads of our earlier history."

Bowne isn't the only one infuriated by the ads. The progressive activist orgranization USAction has now launched an on-line petition campaign to stop what they are calling an "outrageous" form of job discrimination.

"It's outrageous enough that 14 million Americans are out of work. But discriminating against jobless people who just want to feed their families and stay in their homes? Employers should not penalize applicants for a job status that they cannot control, especially when prohibiting the unemployed from applying only compounds the issue."

To say American's are job-hungry is an understatement. So many Americans are downright desperate. To those folks, some of whom were comfortably employed at the top of their fields before they got bounced, the idea that you can't apply for a job unless you have one may sound a bit Kafka-esque. Or downright cruel.

But to companies advertising in places like Careerbuilder, Craigslist and Monster.com, there is a certain evil logic. These days, it is clearly an employer's job market. With so many millions of people unemployed, and frantic to find jobs, companies are routinely flooded with applications for every open position.

That flood gives employers the privilege to be very, very picky. Some employers reason that people who were let go during the recession -- people like Bowne who still cannot find work -- tend to be less desirable employees. Those lucky folks who have managed to keep their jobs are the cream of the crop.

This logic seems to Bowne like just one more punch in the face as millions of jobless remain unemployed, through no fault of their own. "They treat like you don’t want to work," she says, which is absolutely not the case. "We want to go back to work, but basically there is nothing out there." Bowne has attended numerous job fairs, and she's also had extensive guidance from social services on how to get re-employed. One tip she's taken to heart: volunteer work. She now spends two days a week volunteering at a nearby nursing home, and while there, she took the initiative to reorganize and clean out the conference room. She also took charge of the nursing home's files, and got them all in order. Still, she's so discouraged by job hunting in the New York area that she is now planning to relocate in the next month or two to Mesa, Arizona, where she has family. Hopefully, there, she will have more luck finding work.

The job ads in question are particularly hard on older Americans, for whom job-hunting already has a cruel twist. The clock is ticking for these folks, as they pass out of their prime working years.

Bowne says that in the many seminars and job fairs that she's attended looking for work, she's met a slew of middle-aged men and women who are up a tree looking for jobs. "Anybody in their 50s or older is really having a tough time," she says. "I’ve seen executives who have been out two or three years. Many of them are in their early fifties, in their prime, they’ve been vice presidents, and still they're without jobs."

An article in the New York Times indicates that job ads telling unemployed people not to apply is a practice that technically doesn't break the law:

"Legal experts say that the practice probably does not violate discrimination laws because unemployment is not a protected status, like age or race. The Equal Employment Opportunity Commission recently held a hearing, though, on whether discriminating against the jobless might be illegal because it disproportionately hurts older people and blacks."

According to the Times, companies of all sizes and types are engaged in this advertising practice. The University of Phoenix removed their ads after the Times inquired about them. Other job categories included among those discriminating against unemployed workers include "hotel concierges, restaurant managers, teachers, I.T. specialists, business analysts, sales directors, account executives, orthopedics device salesmen, auditors and air-conditioning technicians."

In a recent report, the Washington, D.C.-based National Employment Law Project called the job ads a "perverse catch-22 [which] is deepening our unemployment crisis by arbitrarily foreclosing job opportunities to many who are otherwise qualified for them. It dilutes the storehouse of talent in in America, by casting aside an untold number of skilled and dedicated workers who have the
misfortune of being unemployed in the worst downturn since the Great Depression. And it adds to the crisis that unemployed workers, their families and their communities face, as we try to crawl out of this deep recessionary hole."
Posted by Claudia R at Sunday, July 31, 2011