"The Journey We Take Together" -- Part Three 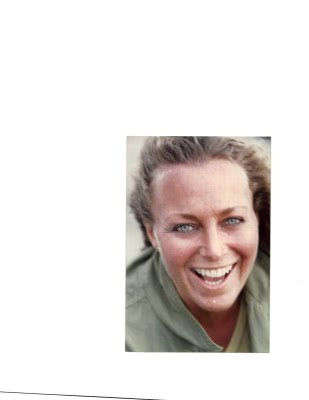 Note to Readers: MyStoryLives has become the home for two amazing – and intertwined – stories. In March, writer Alexander "Sandy" Prisant began writing a very moving series, "The Journey We Take Alone," about his lifelong struggle with a serious kidney illness. A month ago, his wife, Susan, who is also a writer, began telling the story of the couple’s adventures through the years. (They eloped 47 years ago at the age of 18.) Part One of Susan’s series, “The Journey We Take Together,” ran on June 7, 2011, and Part Two ran on June 29, 2011. Sandy has had a rough couple of weeks, with far too many doctor’s appointments to count. But he has every intention of writing again soon!

My father -- along with my father-in-law -- were waiting for us at the airport. Sandy and I were terrified. We had just dropped a bomb on our families – we were 18 years old and we were getting married!

Would they accept this wild teenage romance that we’d thrust upon them? 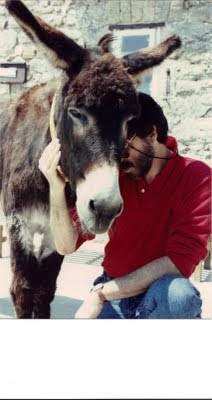 blues. Just a little closer. Then it was all hugs and kisses. And plenty of them. Hallelujah! I knew my father wasn’t going to kill me now.

We all piled into my father in-law’s Lincoln convertible. Waiting for us at the big house was my mother-in-law and my mom, who were having coffee and cake. Naturally we all joined in. Being Jewish, there’s always room for coffee and cake. Before this ritual was over we had become one big, happy family.

Two sets of parents were busy interrupting each other with instructions to their children—us—for a whirlwind Master Marriage Plan. Thus was born the Four-Day Bombardment Schedule.

First things first. They had to send out invitations to meet “Mrs. Alexander Simon Prisant.” The invitation was a bit confusing. Guests kept asking my father-in law, “So, Joe, is this your mother come from the Old Country?”

No. This Mrs. was ME! This Alexander Simon Prisant was my Sandy, Joe’s son. Sandy was simply “Sandy” to everyone; never Alexander. Slowly it began to dawn on the guests that we were celebrating the marriage of Sandy and Susan. The confusion and surprise made the party an even more memorable event.

A wedding feast was scheduled at my parent’s house. Oh, and if things weren’t already crazy enough, my brother suddenly decided to get married too, so we had to have our third ceremony in the Rabbi’s study.

We also needed to get the blessings of Grandma and Grandpa—Sarah and Usha. And we had to go out to the cemetery–only God knows why.

We had to write a small speech wishing complete strangers good luck.

And oh yes, Sandy had to rent a tuxedo and get a haircut. And me? I was endlessly fighting bad hair days at the salon.

Clothes for the bride? “Don’t worry. Cousin Penny has a wedding gown you can borrow and that black cocktail dress will be just fine for the party at the Prisants,” my mother said. Black. The color of death. For a wedding. How appropriate.

The appointed time for the wedding came. 2 pm. I got the gown from Cousin Penny. Raining? No. It was pouring! Will I make it in time? Sandy was stuck at the tuxedo rental. Will he get here?

Helen laying the table settings for 300 guests. My parents, at home cooking -- God, I hope they’ve stopped. Joe, in town, picking up even more cake. Five cars come careening into the parking lot. We were all running from the rain—or the Bombardment Schedule.

Then running again; everyone screaming: “You forgot the babka!” Five cars speeding out of the parking lot.

The pictures from the wedding dinner at my parents’ house that night show Sandy and me with our eyes closed. We were trying to smile, but we were dead from exhaustion.

My brother’s wedding was a lot speedier, as my sister-in-law came down with double pneumonia the day before the big event. While the Rabbi was in full flow, the bride suddenly began choking to death -- the Rabbi did the vows in double time.

If all this sounds a bit breathless and wild, it’s because it WAS! The story of our weddings (yes, plural) made the rounds. It had all started with our whirlwind weekend at the University of Wisconsin. It took us to Iowa, where we tried but failed to get married. It carried us back from the Midwest to New York. And then, the story found its way to the Southwest.

The winter after we got married, Sandy and I were sitting at a bar on a ski holiday. The people beside us were very nice and extremely chatty. They were from the University of Texas. They’d heard an amazing story. As we listened we began to realize it was our own wedding story that they were telling!

We never interrupted. Instead, we savored each sentence, locking them away. A story, a set of memories to have and hold forever.

Yes, we knew it well. It was ours.

Writer Susan Prisant is the author of several books for children. She lives with her husband, Sandy, in Florida today, but they have lived in several parts of the world including Israel, Spain and England.

This piece is delightful and funny and a celebration of life. It fills me with vicarious joy for you and Sandy. Certainly, it stands alone as an upbeat story about a grand wedding and weddings and a romp across the country from the University of Wisconsin to Iowa to the Midwest to New York. “And then the story found its way to the Southwest,” you told your readers.
I believe that this enchanting tale would make a great romantic comedy on the Big Screen. Kudos to you!
But after reading your endearing and mischievous tale, I mentally juxtaposed Sandy’s heartrending story next to it. Now, as I sort through my complex and paradoxical emotions, I experience joy and sadness, hope and grief and a cornucopia of conflicting and contradictory emotions. And yet, I separate from this poignant piece and the total story, a confusing Gestalt, and find myself turning to my faith and a belief in a loving G-d. Oh yes, I have my moments and even longer periods of time when I doubt His existence. If we had absolute proof, why would we need faith? Yet ultimately, G-d remains a mystery human beings can’t fathom. But when I feel lost, I pray to this mysterious, infinite force. And in the vast silence, I find some peace.
I wish to leave you with this thought: Much in life is out of our control. But we can choose to feel hopeless or hopeful, powerless or powerful. Our power is our ability to choose the good and the transcendent over despair. In our darkest moments, we can search for the Light.