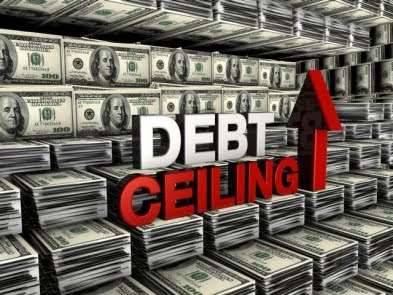 Note: Writer Sandy Prisant was formerly an adviser to Britain's Department of Trade and Industry and the British Overseas Development Agency. This post appeared first on Wordsmith Wars, a blog on the UK's Telegraph.co.uk, an online version of The Daily Telegraph.

Does any American really think a higher debt ceiling will save the nation? If you thought that, you'd be wrong.

The debt ceiling debate is merely a stalking horse for the back story – the attempt to eviscerate America’s middle class by eliminating even the flimsy social floor the country has now. That would pretty much finish off anyone not rich enough to pay for their own health care, education or social services.

Already, income equality has fallen through a black hole. We are back to the same gap between rich and poor that existed in the US in 1910. That means all the equality gains of the past 100 years have been wiped out in just a decade. America’s income profile now looks little better than that of Paraguay, where a few super rich and tens of millions are struggling to live a decent life.

As the rich and the Tea Party, now blatantly overtaking the Republican Party, fight to grab the remaining 10% of our country’s assets from the other 90% of the population, the back story is the fight to hold off the steps Republicans are taking to cut the legs out of unions, middle class households and ordinary workers. Here is one small part of that back story.

When Wisconsin’s new governor took away collective bargaining for state unions, it was just the first dagger to the heart of the people. Now those people are fighting back. Six Republican state legislators are now faced with recall elections, in the hope that Democrats could take those seats and stop the Governor cold from further shenanigans.

While we as a nation are watching the debt debate theater in Washington, this is the sort of TV ad that the good people of Wisconsin are watching. Take a look.
Posted by Claudia R at Sunday, July 24, 2011

Unfortunately, the clock is ticking and America is headed for economic default and downgrading of America’s credit rating. As you noted, Sandy, the Tea Party has taken over the Republican Party and it is wreaking havoc. Furthermore, I agree with you that the secret agenda is “the attempt to eviscerate America’s middle class.” And beyond the destruction of the middle class is economic catastrophe for the country and possibly the world. The Tea Party refuses to compromise to avoid economic disaster. It seems that the Democratic Party has made significant concessions without similar efforts coming from the Republicans.
I watch this madness unfold in Washington. It saddens and frightens me. I feel helpless at this pivotal moment in time. But I also know that you and others are watching carefully. And we are part of the solution. We want a sane answer that does not destroy or punish the middle class and the poor. We seek justice for all, not just the rich.