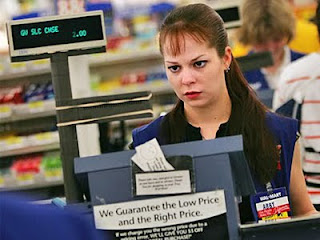 Wal-Mart has become the mega-successful retailer it is today by relying on an "authoritarian" corporate culture and a management training system that make it very difficult for women to become store managers.

This is the insight offered by Nelson Lichtenstein in his fascinating op-ed in yesterday's New York Times.

Lichtenstein, a professor of history at the University of California, Santa Barbara, and the author of The Retail Revolution: How Wal-Mart Created a Brave New World of Business, describes the "authoritarian culture" that has fueled Wal-Mart's expansion ever since it opened its first stores in the Ozarks back in the 1950s and 1960s. "A patriarchal ethos was written into the Wal-Mart DNA," according to Lichtenstein.

Example: at one executive trainee meeting back in 1975, a banner read: “Welcome Assistant Managers and Wives.” That men-centered Wal-Mart culture has been a central reason for the company's success (according to Wal-Mart's own Don Soderquist, the company’s chief operating officer in the 1990s). Despite what the Supreme Court ruled on Monday -- throwing out a giant sex discrimination class-action lawsuit against Wal-Mart -- those keep-women-in-their-place rules are still operating strong for the retailer. As Lichtenstein explains it, if you want to step up out of the ranks of the hourly worker, and become a salaried assistant store manager (and plenty of women do) for Wal-Mart, you have to be willing to move hundreds of miles away to work in another store. More often than not, women -- because they care for children and older family members -- are just not in a position to do that.

Says Lichenstein: "For young men in a hurry, that [move is] an inconvenience; for middle-aged women caring for families, this corporate reassignment policy amounts to sex discrimination. True, Wal-Mart is hardly alone in demanding that rising managers sacrifice family life, but few companies make relocation such a fixed policy, and few have employment rolls even a third the size."

Even when women do become managers, they fight gender discrimination, as I discussed in Tuesday's Huffington Post. 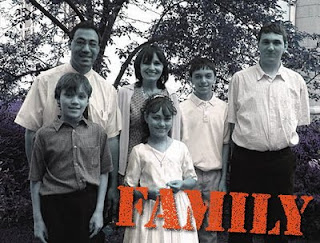 of Pittsfield, Massachusetts,won a $2 million lawsuit against Wal-Mart, where she had worked for 10 years. In that case, Massachusetts lawyer and employment practices expert Julie Moore testified on behalf of Haddad, suggesting that Wal-Mart's policies and practices "contributed to the gender discrimination that culminated in this pharmacy manager's termination."

But that's not the situation for so many other low-income cashiers and hourly employees who aren't in such privileged positions. So many women don't have the luxury to dare risk losing their jobs by filing a complaint. Those are the women who have been screwed by the Supreme Court's ruling Monday in the sex discrimination lawsuit. The court, ruling in a 5-4 decision, blocked a giant class action lawsuit on behalf of 1.6 million women who accused Wal-Mart of systematic gender discrimination.

david hogan was promoted to valley stream ny, after the case as market manager, there he was responsible for the trampling tragedy of an associate on black friday ,he then came to ct, where he is responsible for causing the mental breakdowns of two of his female managers, walmart continues to promote and protect this guy despite his dubious track record includind lying on the witness stand in haddad

how does this man still have a job ?

Witnessed first hand discrimination while pregnant while working as a hourly supervisor at Walmart..This company disgusts me. So happy I do not work their anymore..I was in a ct store with one of the managers that had a mental breakdown.