The Journey We Take Together, Part One 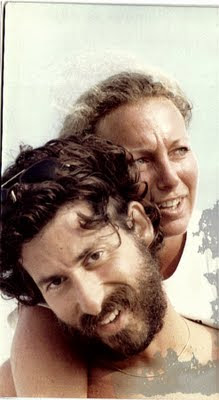 Note to Readers: For many weeks now, writer Alexander "Sandy" Prisant has been writing an incredibly moving series, "The Journey We Take Alone," about his lifelong struggle with illness. But Sandy and his wife, Susan, want readers to know that no one should feel sorry for the two of them. They have lived an extraordinarily full and rewarding life together for the last 47 years, and feel very blessed. In this first part of a new series, "The Journey We Take Together," Susan writes about how she and Sandy eloped when they were still kids, barely 18 years old. What a pair!

Sandy picked me up and dropped me off every day. My mother fed him as she did all my friends. And he let me drive his Baby Blue Thunderbird.

Six weeks later we declared our everlasting love for one another. Desperate, he went off to his freshman year at the University of Wisconsin. I stayed at Design School in New York, a thousand miles away. That distance turned the exciting beginning of adulthood into mutual and deep depression. 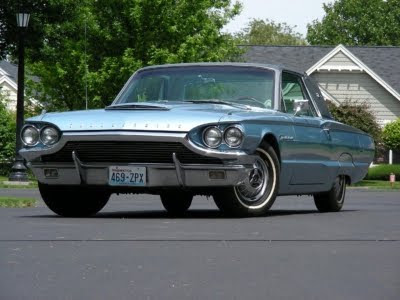 I baked cookies, knitted a sweater and declared my love daily through the mail. It wasn’t enough.

In less than a month, he was flunking out of school. His mother flew out to Wisconsin to try to help resolve her firstborn’s problems. There was just one: he had to see me for Homecoming Weekend. My own mother had brought up her daughter in white gloves and prim hats. She was aghast at this suggestion and refused. It was Sandy’s mother, a thoughtful type more comfortable in a library than in an ethical dilemma, who came to the rescue.

Against all odds, she persuaded my mother to put me all alone on a plane, white gloves and all, for a weekend that has now lasted over 47 years.

Our accommodation was unique. We had nowhere to go but the men’s dorm—a new building with a 4-story glass staircase.

Girls flowed up and down that staircase as if they were shopping at Macy’s. The eccentric overseer of all these hormones was the housemother, aptly named Mrs. Blemish. Limited in her vision, unsteady on her feet and profoundly deaf.

Those elements created a blissful weekend that came to an end only too quickly. Driving back to the airport Sunday night in a taxi, the driver swerved when he heard this from the back seat: “Will you marry me?” Sandy directed the taxi driver to pull up at the airport entrance; he leapt out and ran to the ticket counter, leaving his Bewildered Beloved sitting in the back seat with no explanation.

Had he changed is mind that quickly? NO! He had simply done the sensible New York thing, cashing in my return ticket and yelling: ”We’re $55 ahead and we’re not even married yet.” She was bewildered no longer. She was sure she’d picked the right man.

Writer Susan Prisant has created interactive reading and writing programs for children, writing eight children's books to use with these programs. The courses she led were sanctioned by the State of California and later, she taught them on the East Coast and also, in the American School in Israel.

I just finished reading and commenting on “The Journey We Take Together--Part Two.” But I’m a curious fellow. So I searched for and read “The Journey We Take Together, Part One” just a few minutes ago. Your love story is a delight. It feeds my soul.
Your young love was certainly a romantic comedy. Of course, you and Sandy were miserable. And looking back at your early love, you might disagree with me. But to an outsider, your depression and anxiety mobilized you and Sandy to declare your undying love forever.
Quite simply, it’s a love story in three parts:
1. Boy and girl desperately love each other.
2. Boy and girl are separated.
3. Boy and girl are reunited and love each other for eternity.
Wow! This is a fantastic love story. And you and Sandy have lived it for over 47 years. Caress this love and keep it safe within your soul. And let this omnipotent love heal you and Sandy.