"Dark Journey" -- A Therapist's Life Can be VERY Scary!!

One day, almost 40 years ago, I was working as a young, innocent counselor in charge of a locked ward in a prison euphemistically called a rehab center. 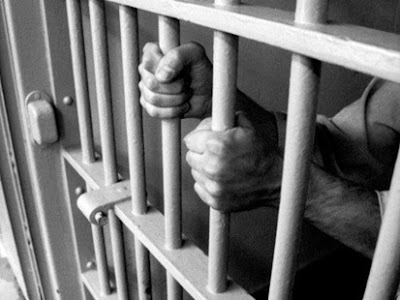 The patient population consisted of substance abusers and criminals. A patient had been sent upstate to do time. I approached this patient on the ward and naively wished him good luck. Unsophisticated and unaware of the power of words, I unwittingly became a target. The patient went berserk and assaulted me, pummeling me and banging my head against a nearby wall. The security guards took their time coming to my aid.

A month later, something even more horrific happened. I was co-leader of a therapy group. Unfortunately, my partner, a parole officer, was out sick. I ran the group without him and was left alone on the locked ward with a group of desperate men. In the middle of the session, one of the men told me that I was their prisoner. “We are holding you hostage. Give me the keys or we will hurt you.” I looked into the leader’s dark, frenzied eyes and knew my life was in grave danger. I gave him the keys. They escaped from the ward that day but were eventually captured. Even now, I sometimes remember the madness in his eyes and the hot, sizzling threat of death. Sweat pored from my forehead in the claustrophobic room that seemed to get smaller and smaller as it swirled and whirled around in my head.

Of course, the above mentioned incident occurred in an inpatient facility. But I discovered later in my career that both inpatient and outpatient settings often lack adequate safety measures.

Most people, I believe, will automatically acknowledge that police officers, firefighters and soldiers have dangerous jobs. Who would disagree? But there’s another profession that is hazardous and life-threatening and it’s my own.

Yet often, people do not realize the dangers faced by psychotherapists like myself. It is a mysterious profession that anoints its members with the title psychotherapist. This diverse profession includes psychiatrists, psychoanalysts, psychologists, social workers, family therapists and mental health counselors.

Working as a psychotherapist is dangerous for sundry reasons. The process is a dark journey into each patient’s psyche and soul, demanding that the therapist perceive and experience the world as the patient does, at least for the therapeutic hour.

During this dynamic process, the therapist will often hear horrific stories of evil and trauma. Many patients present some degree of danger for the therapist.

With recent changes in outpatient mental health clinics licensed by the Office of Mental Health, psychotherapy patients may carry a long history of substance and alcohol abuse and criminal behavior. These clinics are now mandated to treat these patients. Even therapists in private practice are frequently confronted with patients suffering from severe psychiatric disorders. Moreover, the stereotypical notion of the wealthy Park Avenue psychotherapist treating neurotics is a moribund image. Although there are a small percentage of psychotherapists who treat a rich clientele, they too find themselves treating more disturbed patients.

A few decades ago, a former supervisor, who called himself an existential psychoanalyst illuminated the nature of psychotherapy for me. This kind, paternal man -- a gifted therapist -- is the person who suggested that therapy involves taking a dark journey into the universe of the patient. “It’s an act of courage,” he said. “You’ve got to trust that you can let go and join the patient in his or her reality, knowing that you will return intact at the end of the session. That is, you won’t go mad and you won’t die. During the dangerous metamorphosis that occurs during the therapeutic hour, you won’t lose your identity.”

He compared the seasoned therapist to a great actor who is willing to take enormous risks and explore his or her character completely, even if that means going to the edge of the psychological cliff and confronting one’s own demons. Indeed, any artist has to take risks to achieve something of significance.

Emotions are contagious. And when therapists treat trauma victims and/or survivors, they may experience vicarious trauma. In other words, because of their empathy, they may have some of the same symptoms that their patients experience.

At some point in treatment, many patients induce disturbing thoughts and feelings in the therapist.

As previously noted, therapists now treat violent patients in outpatient mental health clinics and in private practice. These patients pose real physical threats to therapists. And in many clinical settings, there are inadequate safety measures in place.

In the early eighties, I treated an ex-police officer who secretly carried a gun on him during the therapy session. When I discovered that he had brought a gun into the session, I ordered him to lock it up until he completed his therapy. Initially, he refused. Then he agreed to get rid of it. But he postponed doing so. I did not feel threatened by this man. However, my supervisor told me that my life was in danger. What would the patient do when he developed a negative transference toward me? That is, what would happen when he projected negative thoughts and feelings that he had about significant figures in his life onto me? My supervisor ordered me to give the patient an ultimatum. He had to get rid of the gun or the therapy would be terminated. The therapy ended. And I reflected about the defense mechanism of denial. I felt safe but my life had actually been in danger. Now that’s a frightening phenomenon.

In the early nineties, I worked for a large mental health organization in the Bronx. A young therapist I knew had completed his doctorate in psychology and had also met the love of his life. We worked in different clinics in the same building. From time to time, I spoke with him. He seemed happy, especially when his girlfriend moved in with him.

One of his patients overdosed on drugs. Someone found him and called 911. The young therapist blamed himself for his patient’s attempted suicide. In addition, he believed the patient was going to die.

This young therapist committed suicide. His patient lived. For days, months, and perhaps years, I’ve thought about this psychologist who took his own life. What happened in the therapeutic process to make him go over the edge? Could he have been saved?

The dangers of being a psychotherapist are not limited to inpatient settings. They exist in all therapeutic environments. Threats are both external and internal. I recommend in-depth therapy or analysis for all therapists, as well as individualized coping techniques to expel the emotional poisons that therapists inhale during each session. I used to play a lot of tennis and jog. Now, I exorcise my demons by writing murder mysteries and horror stories. Today, psychotherapists are faced with more dangers than ever before. Nevertheless, although the therapy session is a dark journey, I embrace it in an act of courage, trust, and hope.

Dr. Mel Waldman, a regular contributor to MyStoryLives, is a psychologist, writer and singer/songwriter. His stories have appeared in numerous literary reviews and commercial magazines. He can be reached via email at mwaldman18@earthlink.net. Recently, he wrote about his miraculous recovery from a disease doctors had said was fatal.