Writers and Their Dark Places 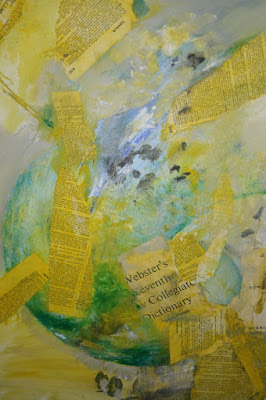 When I was ten years old my grandmother and caretaker committed suicide in her bedroom beside mine. It was Labor Day weekend and I knocked on her bedroom door to see if I could swim in a friend's pool. With a child's intuition, I knew something was seriously wrong and phoned my mother at work. Within minutes, an ambulance arrived at the front door. They took my grandmother away on a stretcher and I never saw her again. The emotions and visuals from that experience left me with an indelible wound which writing helped me heal.

It was the 1960s, a time when children were not typically welcome at funerals. Instead, my mother bought me a gold-embossed Khalil Gibran journal with sayings on the top of each page. She left me with a babysitter and told me to write down my feelings on the pages of my new journal.

From that day forward, I have been an avid journal keeper. Like many writers, I understand that writing can help heal thorny experiences and psychological wounds, and possibly save your life, whether you are dealing with loss, longing, teen angst, pregnancy, divorce or aging. Many famous writers began writing out of a sense of desperation or darkness.

Childhood experiences often become shadows, demons or obsessions. Often times we might not even be aware of those shadows until the second half of our lives. Becoming aware and discovering demons is the first step in understanding and managing them. Compelling writers are typically unafraid of writing about or visiting their demons or those dark places because they are drawn to dig deeper into their emotional truths.

My impetus in writing my first memoir/biography, Regina's Closet: Finding My Grandmother's Secret Journal was to do just that. I wanted to understand the source of my bouts with depression, and the issues surrounding my fear of abandonment. I was told that I had many of my grandmother's sensibilities and that we were similar in many ways. By studying and writing about my grandmother's life was I able to understand my own shadows. Even though she had died more than forty years earlier, through the writing process, I learned how deeply losing her affected me. Unlike the general population, most writers like myself gravitate to and are not afraid of these dark places where we tap into and discover various facets about ourselves. It's not that writers only write about their wounds, but they are driven to write because of them.

I frequently direct my writing students to compose a poem or short essay about whatever haunts them or what they are obsessed by. I remind them that the only time demons become dangerous is if we ignore them or shove them out of the way. Only by confronting our demons can we begin to heal. When we reach our fifties or sixties, we may become less fearful or feel the pressure of the end of our lives and thus might more easily study our demons.

I believe that most creative individuals tend to ruminate and this tends to lend itself to visiting more life's darkest of places. For some people, visiting these dark places can lead to depression and/or addictive behaviors. This phenomenon inspired me to compile an anthology of essays, called Writers On The Edge, 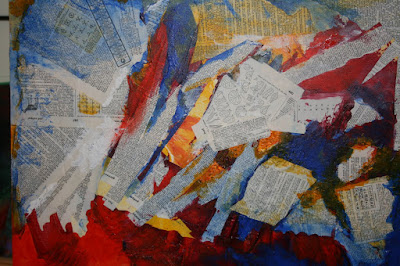 which shares stories of well-published writers who discuss their addictions and dependencies.

Studies have shown that writers are more than twice as likely to be depressed than are non-writers, which provides strong evidence that emotional roadblocks may be linked to creativity. Kay Redfield Jamison, a psychiatrist and author of Touched With Fire studied this connection and found that writers of all genres have a higher incidence of mood disorders, such as depression. Her studies concluded that playwrights showed the highest rate of mood disorders, followed by poets, then novelists, then biographers and then visual artists.

Whatever it is that you write, putting words on the page is a form of therapy that doesn't cost a dime and it is certainly a productive way to deal with the scars and dark places from our pasts. Self-expression is one way to lay a problem or demon to rest. It's also way to bring forth suppressed feelings and fears. It's a way to bring a sense of resolution and a sense of satisfaction to our lives. It certainly did this for me.

Diana Raab, MFA, RN is an award-winning memoirist and poet and the author of eight books. She is a journaling advocate and frequently writes and speaks on the healing power of writing. Her book, Writers and Their Notebooks, won the 2011 Eric Hoffer Award and was a finalist for Foreword Magazine’s 2010 Book of the Year. She has two memoirs, "Healing With Words: A Writer’s Cancer Journey" and "Regina’s Closet: Finding My Grandmother’s Secret Journal", as well as three poetry collections. This piece appeared first on the Huffington Post.
Posted by Claudia R at Thursday, October 20, 2011